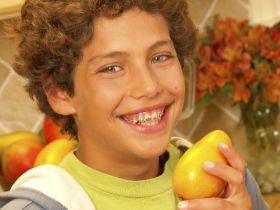 The availability of mangoes in the US is expected to be unseasonably low in the coming weeks due to a combination of an early end to the Peruvian season and delays to the Mexican deal.

The National Mango Board (NMB) said the Peruvian season had ended sooner and more abruptly than usual due to al El Niño-related weather event at the end of January, while production in southern Mexico had been affected by heavy rainfall in October/November, which impacted trees during the flowering stage, reducing fruitset and delaying the next stage of flowering.

Fruit quality was also affected in some of the regions that are now being harvested. “Due to the lower than normal volumes and quality that is currently being harvested, a significant amount of this crop is being consumed by Mexico's domestic market,” the NMB said.

In spite of the short-term fall in availability, overall volume is projected to hit record levels in the April to July period as the autumn rains stimulated a delayed but robust second flowering which has an extremely high fruit set and will be ready for harvest beginning in April.

The NMB added that the Guatemalan crop is also delayed and projected to have a concurrent peak in April/May.

It advised retailers to plan big promotions starting in mid-April based on the increased Mexican and Guatemalan mango volume that is currently projected.