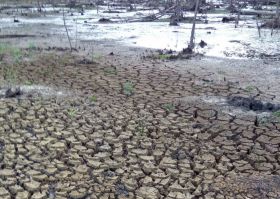 HLB Specialties, North America’s largest Golden papaya importer, is reporting continuous shortages in Brazilian supplies due to the extraordinary heat and El Niño-related drought of recent months. The shortages are expected to last throughout July.

The company sources from four different growers, including Caliman Agricola, the world’s largest producer of Golden papayas. All four suppliers are reporting a drastic drop in production that was caused by three main factors: high heat that killed the blooms, lack of rain, and the start of the winter.

Summer in the producing area of Espirito Santo was particularly hot, killing many of the blooms that would have developed into fruits. Those fruits that survived are smaller than usual as the heat has caused them to ripen before they could reach their full size. “We are currently seeing over 50 per cent of the crop yielding sizes 10 and 12, whereas under normal circumstances commercial Golden papaya production is mainly sizes 8, 9, and 10,” HLB’s director of communications Melissa Hartmann de Barros said.

The lack of water is also having a major effect on production. The region receives an average of 900-1,200mm of rain per year but in 2015 it saw less than 600mm. This has not only affected the crops, but also failed to fill the irrigation reservoirs that Caliman depends on to supplement missing rainfall.

“The drought we are seeing in the papaya growing region is historically unprecedented and devastating,” Hartmann de Barros explained. “The locals in the area say the last time they saw such conditions was back in the 1950s.”

With winter approaching temperatures are dropping, which will help with the sizing of the fruit. Although usually rainfall is low in the winter, HLB says weather patterns have been unpredictable in the last few years.

“We could see the shortage lasting several more months, but hopefully things will improve by July,” said Hartmann de Barros. “Our silver lining is that papaya production recovers very quickly. It is a fast crop and trees can resume bearing fruit within four months of experiencing trauma.”