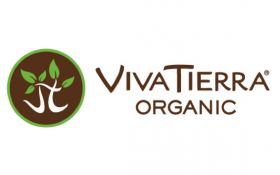 CF Fresh has changed its name to Viva Tierra.

Two decades after its foundation, the Washington State organics distributor has taken for itself the name of its primary brand, which means 'Long live the Earth' in idiomatic Spanish.

President and CEO Luis Acuna said: "Adopting Viva Tierra Organic as the official company name honours our organic roots and the vision of our founder, Roger Wechsler, while positioning us for great future growth, challenges and fun adventures in produce."

Viva Tierra, which ships organic topfruit, stonefruit and vegetables from the US, Chile and Argentina, is also organising anniversary celebrations including tours of its South American orchards.