The 2008/09 harvest may equal or exceed last season's record yield of 8.7m cases 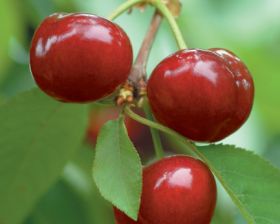 With Chile's fresh cherry harvest set to begin "on time" in late October, the nation's cherry exporters are bracing for another bonanza harvest, while hoping to avoid processing bottlenecks that created problems last season.

"There has been very intense blooming and very good setting up for the cherries, while at the same time growers have been doing a lot of heavy thinning," Isabel Quiroz, executive director at Santiago-based fresh fruit market consulting company IQonsulting told Fruitnet.com. "So we are estimating this season's volumes to be just about what they were last season – 8.7m cases – assuming that the weather holds well."

Mr Quiroz explained that last year's bumper harvest was a mixed blessing for many export firms, who were not prepared for such large volumes and lacked sufficient infrastructure to cope. "Many packers now have new and better packing equipment," said Quiroz. "And given last year's experience, they are now much better prepared to deal with bottle necks."

Hernán Garces, director of San Francisco lo Garces, one of Chile's top cherry export businesses, confirmed the difficulties experienced in processing the record 2007/2008 harvest. "Last season we had some big problems logistically. The harvest fell 10 days behind schedule, which really bunched things up at the peak of the season, between 1 December and 15 December. The orchards last year were really loaded with fruit and which at times hadn't been properly pruned, so the fruit wasn't the best quality.

"Chile has always had the potential to export large number of cherries, as we exported last season," said Mr Alcaino. "It is just that usually there is some kind of climate problem that doesn't let us export to our potential. But that didn't occur last year and so cherry exports really, really took off. We exported 8.7m cases in 2007/2008, compared to the 4.7m cases in 2006/2007 and 4.4m in 2004/2005."

He explained that last season caught exporters off guard, causing logistical issues with fruit not handled as expeditiously as it should have been. This lead to delays, and fruit deterioration, he said.

"However, this season is looking as though it will be trouble free compared to last season," he noted. "So unless there is some really bad weather between now and when the harvesting begins in November, Decofrut is predicting a 10 per cent increase in cherry exports, which means volumes will be well over the 9m case mark."

Arturo Costabal, trade director at Unifutti, one of Chile's leading cherry export firms, isn't quite as optimistic about the projected harvest numbers as are Quiroz and Alcaino, but he is still very up beat about this season's cherry deal.

"Our company Unifrutti is projecting the same volumes a last year," said Mr Costabal. "Almost everyone I know in the industry is predicting the same volumes. It's true that there are new cherry orchards coming into production. But the rule of thumb for older orchards is that their production normally drops following the huge harvest we had last season. So between those two factors, we're predicting a harvest about the same as last seasons – weather permitting."

Mr Garces agreed with Costabal that the season-end numbers in 2008/2009 might not be record breaking. "We expect the overall Chilean cherry harvest to fall a bit compared to last season, maybe to 8m cases compared to the 8.7m cases shipped out in 2007/2008," he said. "But even if the volumes are slightly down from last season, we expect the quality to be much better. This is because our orchards are more mature, and there has been a better pruning effort this year. Better pruning means better sizes."

"The Asian market is bigger each year, and demand is growing," Mr Garces noted. "But this year the Chinese New Year begins late in January, while last year it was in February, which means a shorter window for us to get the cherries to their market on time. It takes a whole week out of our sales opportunity."