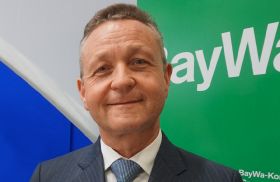 German agricultural conglomerate BayWa has revealed that "persistently difficult and very volatile" agricultural trading markets hurt its earnings for the full year of 2016, with earnings before interest and tax falling to €144.7m from €158.1m in 2015.

Despite this, the group said that both its fruit trading and energy businesses had generated record results, and revenue actually climbed 3 per cent year-on-year, up from €14.9bn to €15.4bn.

"Developments over the past financial year have once again shown the importance of BayWa's broad positioning," explained CEO Klaus Josef Lutz. "In particular, the international fruit business and renewable energies were key to driving our group EBIT."

According to the group the positive development was down to the expansion of the business on an international level to include high-margin exotic fruit by acquiring TFC, as well as risisng prices for New Zealand fruit.

The company expects fruit sales to increase further in 2017, due in part to an increase in trade with Asian markets.