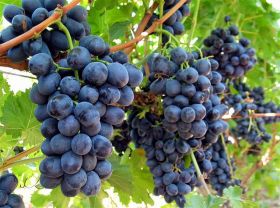 Following the most recent tariff increase in the continuing China-US trade war, table grape growers and exporters in California have seen a dramatic downturn in volumes sent to the Asian nation.

The California Farm Bureau Federation reported recently that a drop of 40 per cent in exports of table grapes to China had occurred in the region’s spring season. Typically, the bureau says that one third of the state’s production will be exported each season.

However, at mid-season in late September, growers were saying the tariffs from China had ‘rattled’ their markets.

As a part of the USDA’s Trade Aid Package to help combat the effects of tariff increases, the department has committed to purchasing US$48.2m in table grapes from farmers. The package was announced in late August, and contains a total of US$12bn in grants.

According to California Farm Bureau president, Jamie Johansson, when goods can’t be exported as usual they’re sold in the domestic market, affecting prices there. This impacts all growers and exporters, even if they’ve successfully sold their export volumes for the season.

The bureau reported that California’s apple crop will be up around 16 per cent this season, despite Washington being down. The state’s table grape production is also expected to total slightly more than last year.

Johansson also said that the organisation is encouraged by the US-Mexico-Canada trade agreement – brought in to replace the North American Free Trade Agreement (NAFTA), which has recently been finalised.