In a bid to increase US opportunities, a series of trade missions have been planned for 2019 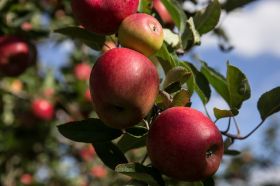 “During and after the numerous USDA trade missions I’ve led, the feedback from participants has been overwhelmingly positive," he continued. "But most importantly, the results speak for themselves. In 2018, six USDA missions enabled more than 200 US companies and organisations to engage in 3,000 one-on-one meetings with foreign buyers, generating more than US$140m in projected 12-month sales.