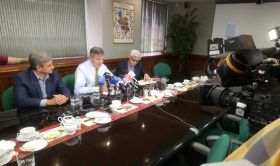 Chile has taken swift action to contain the fallout from the recent of listeria in a batch of stonefruit bound for the US.

On Tuesday, Asoex, Fedefruta and the Foundation of Fruit Development issued a joint statement on last week’s decision by New York fruit distributor Jac. Vandenberg to withdraw a batch of Chilean stonefruit from sale in 18 states amid listeria concerns.

The recall involves 1,727 cartons of peaches, 1,207 cartons of nectarines and 365 cartons of plums. No illnesses have been reported in connection with the withdrawal.

The declaration said the listeria had been discovered during a routine sampling at a packhouse belonging to Subsole in Isla de Maipo.

“In the exercise of this activity, listeria was detected in a batch of stonefruit belonging to the Rio Duero export company,” Asoex said.

“As a consequence of the above, and complying with current international procedures and in the event that possible contamination could have occurred, Subsole informed Rio Duero, who voluntarily informed the US Food and Drug Administration…corresponding to procedures put in place to maintain the safety of our fruit and the confidence of consumers.

“Along with informing and as a preventive way towards the consumer, the company ordered the withdrawal from the market of a quantity of fruit that is well known and bounded, the importer and notifying the food and drug administration, not having yet been reported affected consumers or detections of the bacteria in destination.

Asoex added that both companies had acted transparently and in accordance with consumer protection and safeguard policies.
Earlier, Chile’s Agriculture Minister Antonio Walker called for calm, stressing that the steps taken since the discovery reflected the “seriousness with which we are taking the situation”.

“In virtue of what happened and the results of the procedures adopted, we fully trust that there will be absolute compliance with the safety of our products, verifying the seriousness and responsibility with which our producers and exporters act at all times, ensuring the health of our consumers, both in Chile and abroad, so we call for tranquility and not exaggerating facts that, while important, have been detected and informed in a timely manner, thus ensuring compliance with the international regulations and the health of consumers,” Asoex said.