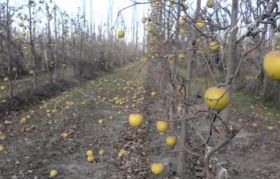 Sebastián Hernández, president of the Federation of Fruit Producers of Río Negro and Neuquén, said the detention of seven trucks, which were transporting a total of 147 tonnes of fruit, at the border is causing “grave concern within the industry”.

He said meetings are due to be held in the coming days between producers and Argentina’s plant health authority, Senasa, to assess the situation.

Speaking to Télam, Hernández noted that the presence of the live larvae was due to producers carrying out fewer treatments of orchards due to the challenging economic situation the sector was experiencing.

Added to this is the fact that the climate has provoked an increase in carpocapsa throughout the region this season.

The fruit detained at the border will either be sold in Argentina or quarantined under cold treatment, Hernández said.