Exporters welcome decision to reopen the market, which takes 120,000 tonnes of Argentine topfruit a year 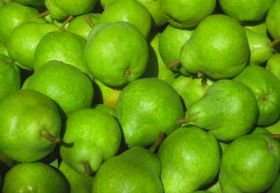 Brazil has agreed to lift its suspension of imports of Argentine apples and pears in exchange for the introduction of more rigorous pest controls.

The ban was enforced following the discovery of live carpocaspa larvae in nine topfruit shipments from Argentina’s Alto Valle in Río Negro.

The announcement follows a meeting between Argentina’s secretary of agribusiness, Luis Etchevehere, Argentine plant health authority Senasa and its counterpart in Brazil.

Brazil is a major market for Argentina, taking around 120,000 tonnes of apples and pears worth US$150m every year.

"The agreement allows us to return to the previous status. Argentina's proposals were accepted, which consist in intensifying the monitoring and control of the production of both fruits for this season," explained Senasa’s president Ricardo Negri.