More shipments to be made through port of Buenaventura, reducing costs and transit times 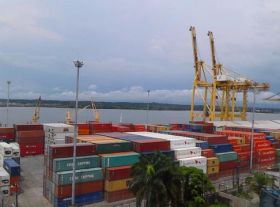 The Colombian Agricultural Institute (ICA) has built a facility for the storage and handling of Hass avocados at the port of Buenaventura in the south west of Colombia with the aim of facilitating exports of the fruit to markets including the US and Argentina.

The ICA said use of the port could cut terrestrial transit times and reduce freight costs by up to 50 per cent.

Deyanira Barrero, general manager of the ICA, said avocados had become one of the greatest stimulants to the Colombian economy in recent years.

“In the future, Colombia hopes to reach new markets such as China, Japan, South Korea and Chile, countries with which the Ministry of Agriculture and ICA are currently negotiating to secure access for Colombian agricultural products,” Barrero told Logi News.