US to impose tariffs on Mexican tomatoes 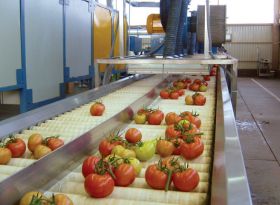 The Mexican government, US tomato importers and distributors have reacted with dismay at a decision by the US Commerce Department to impose a 17.5 per cent tariff on imported Mexican tomatoes.

The move comes in response to growing pressure from Florida tomato producers, who used to dominate the US market during the winter and spring. They accuse Mexico of selling its tomatoes at artificially low prices.

It marks the end of the Tomato Suspension Agreement, whereby Mexican producers agreed to sell their tomatoes above a pre-determined price, which US growers say has failed.

“The Department of Commerce remains committed to ensuring that American domestic industries are protected from unfair trading practices,” Secretary of Commerce Wilbur Ross said in a statement. “We remain optimistic that there will be a negotiated solution.”

“We’re very disappointed but the good news is that negotiations continue, looking for a solution. And we hope that in the coming weeks we can in fact reach an agreement,” de la Mora said.

According to one study from Arizona State University, consumers could end up paying 40-85 per cent more for their tomatoes as shortages hit.

Mexico exports around US$2bn of tomatoes to the US annually, and Mexican imports account for around half of the US market.

The Fresh Produce Association of the Americas (FPAA), which represents US importers and distributors of Mexican tomatoes, said in a statement it was disappointed by the Department of Commerce’s decision the Tomato Suspension Agreement.

“The agreement has been an important tool in protecting over 33,000 American jobs and creating stability in the marketplace,” the association said.

“Many entities appealed for the signature of a new or revised Tomato Suspension Agreement. To that end, FPAA would like to acknowledge the efforts of our members, their growers, the Congressional Delegation, Arizona Governor Doug Ducey, and many others.

“It is our understanding that the Mexican growers put several proposals on the table to improve an already-effective agreement.

“Despite the fact that the agreement has been terminated, our hope is that Commerce continues to work in good faith with the growers in Mexico to negotiate a new agreement that balances concerns of growers in Florida with the need to protect our robust trading relationship.”

The FPAA said the success of the tomato industry was built on “the pioneering US companies that import produce from Mexico”.

A report by the Economic Research Service at the US Department of Commerce states that per capita consumption has risen from 12lbs to over 20lbs of tomatoes per year over the last 30 years.

The FPAA said imports, along with emerging production technology, such as greenhouses in Mexico, were key to this growth.

The FPAA said it would continue to work closely with its members, CBP, and Commerce to ensure that the termination of the agreement and imposition of duties was as seamless as possible.