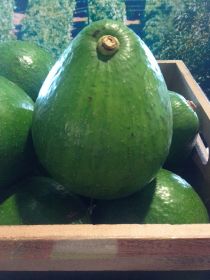 A dispute over the illegal sale of Carla avocados in the US has ended after the plaintiff conceded that there was no case to answer.

Agroindustria Ocoeña (AIOSA) filed a lawsuit against Miami-based Fresh Directions International claiming that it was illegally selling the avocado after stealing branches from its orchards in the Dominican Republic, where the variety was first discovered.

However, AIOSA dropped the suit after acknowledging that Fresh Directions was entitled to sell the variety after all.

The Miami Herald reported this week that the producer who discovered Carla, Carlos Antonio Castillo Pimentel, had given his brother Manuel the right to use “stem, buds and/or clippings” from the tree.

“AIOSA was not aware of Fresh Directions’ implied rights to the patent and would not have brought suit had it known,” lawyer Ury Fischer told the Herald. “AIOSA apologises for any inconvenience the litigation may have caused Fresh Directions.”

Carlos Pimentel died some years ago and the family connection was not mentioned by the family members who filed the original lawsuit.

“This was almost a family dispute as much as patent litigation,” said Deepro Mukerjee, an attorney for Fresh Directions, who added that the dropped lawsuit was a “full victory” for his client.

Weighing in at almost 1kg, Carla has become hugely popular with US consumers in recent years due to its buttery flesh and impressive size.