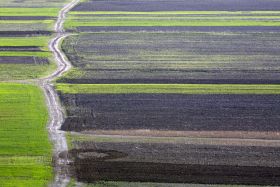 In the US, the United Fresh Produce Association has said that it remains committed to strengthening produce safety Good Agricultural Practice (GAP) standards, announcing plans to refresh the current version of the Harmonized Standard, ten years from its original inception.

In its original charter, published in November 2009, the vision for the Harmonized Standard was to “Develop a harmonized food safety standard and checklist … for GAP audits necessary to protect consumers from potential hazards that may contaminate produce at that stage of the supply chain, and to build efficiencies into the supplier audit process... the overall goal is one audit by any credible third party that can be acceptable to all buyers.”

As secretariat to the Harmonized Standard, United Fresh is aiming to hold fast to this vision. Throughout the update process, United Fresh will coordinate the efforts of a diverse group of buyers, producers, and other industry partners to identify additions and revisions to the current standard that reflect a deeper understanding of the hazards and risks associated with produce growing and handling environments.

Additionally, United Fresh said that general modifications will be considered to make the standard more user-friendly and minimise the opportunity for misinterpretation.

Ultimately, United Fresh aims to further strengthen industry awareness and buyer acceptability of the Harmonized Standard by closely involving stakeholders in each step of the process.

The current version of the Harmonized Standard was released in 2016 after focused revisions were made to align the standard with the FDA’s Produce Safety Rule, and the upcoming revision will examine each of the requirements of the standard in its entirety.

“While the Harmonized has received strong support from a wide variety of produce industry stakeholders over the past ten years, we recognise that there are still some buyers who don’t currently accept the Harmonized for various reasons, or who simply prefer to perform their own company-specific customer audits,” said Dr Emily Griep, United Fresh’s manager of food safety.

“Though it is a lofty goal to achieve total harmonisation of produce safety audits within the industry, we are committed to working with growers and buyers alike to maintain a strong, relevant produce safety standard that emphasises the need for growers and handlers to acutely understand their respective food safety risks, regardless of size or commodity," Griep added. "I look forward to continuing to work with the Technical Working Group and other industry experts who are passionate about produce safety, and who recognise that GAP standards such as the Harmonized are key components to protecting public health.”