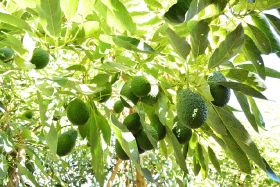 Eurosemillas has teamed up with the University of California Riverside (UCR) to develop a new generation of avocados that can be grown in new regions of Spain and Portugal in order to extend the harvest season by at least two months.

According to Eurosemillas, the goal of the project is to develop new strains suitable for production in areas beyond Malaga and Granada where the bulk of Spain’s avocado farms are located.

In recent years, plantings has spread into new areas such as the Valencian Community, Cádiz and Huelva as growers look to take advantage of the avocado boom, but these have so far proved to be far from optimal.

Eurosemillas has invested US$225m in the UCR programme, which is more than 70 years old and has one of the most extensive avocado germplasm collections in the world.

In return, it will get access to a small subset of the overall university avocado variety and rootstock collection for evaluation and testing on various continents to see if they perform as well as they do in California. At the same time, it will be able to market these varieties in Europe, South America and South Africa as well as in the US.

“Our aim is not to compete with the most successful variety, Hass, but rather to generate more value around it order to meet global demand, which continues to see double-digit annual growth,” said Javier Cano, director of development at Eurosemillas.

One of the main focuses of the partnership is to find rootstock/scion combinations that increase salinity tolerance. Over the past 25 years, avocado production worldwide has been challenged by declining water quality. Avocado is the most salinity sensitive tree crop and Hass in particular is very susceptible to damage caused by salts.

Rootstocks will also be selected on their ability to resist Phytophthora root rot, the most common avocado disease worldwide, as well drought, and heat, both of which are expected to become worse as the climate warms.

“This partnership with Eurosemillas will allow us to test our five advanced rootstocks in combination with Hass and local scions in other countries to determine their potential outside California,” said Patricia Manosalva, who is directing the programme at UCR.