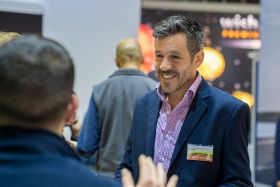 Strong demand for citrus and apples helped Salix Fruits to double its sales volume in 2020.

The company sold more than 40,000 pallets of fruit, an increase of 100 per cent on the previous year. Together with grapes, citrus and apples account for around 80 per cent of the company’s business.

“Since we started with Salix, we have developed a business model based on self-management. An agile, flexible, digitised, decentralised company, focused on the standardisation of processes,” said the company’s founder, Juan Gonzalez.

“This allowed us to grow at an impressive rate during the pandemic. Home office, virtual meetings, and technology were not a challenge for us, they already were our reality.”

In addition to its headquarters in Philadelphia, the company has offices in Buenos Aires, Santiago and Cape Town.

In spite of the challenges of coronavirus, Salix Fruits said it was able to start its shipments to the Middle East, Russia, Latin America, and Canada as usual in March, with exports to the US and Europe getting underway in April and early May respectively.

"This year, in addition to the natural growth of our usual programmes (Argentine lemons to the US, Southern Hemisphere oranges to the Middle East and Washington apples to Latin America) we developed new product lines such as Mexican lemons and limes,” Gonzalez said, adding that exports to Asia had also grown considerably.

Last year the company also made a number of key appointments to bolster its team, naming Maximiliano Guevara as country manager for Chile and Fernando Moyano as sales manager for Europe. It also appointed Javier Orti to oversee its Asian programmes and Shaun Swartz to manage its South African office.

The company said it closed agreements with new producers from Peru, Egypt, and South Africa to expand its year-round offer, particularly in citrus and grapes.

Other highlights from last year were the launch of an App that customers and producers can download directly to their phones to keep track of the company’s product offer, with details on origin, price and other details.

At present, the app works as an e-commerce tool, allowing customers to view all documentation and receive updates on the status of their order online. But in the future, Salix said it hoped the tool would evolve into a true marketplace where producers and customers meet without any pandemic limiting business.