Fairtrade specialist AgroFair has seen big changes in 25 years, but the firm's Frank Vermeersch and Luud Clercx tell World of Fresh Ideas that the job is far from done 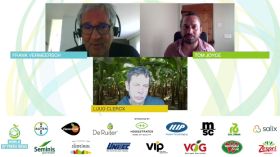