While exports contracted last year during the pandemic and a poor harvest, the long-term outlook is favourable 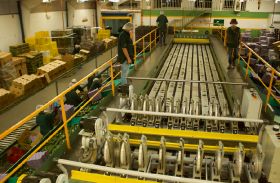 Mexico’s share of global avocado exports is projected to reach 63 per cent by 2030, according to the Organisation for Economic Cooperation and Development’s Agricultural Outlook for 2021-2030.

Production in Mexico, the world’s leading grower and exporter of avocados, is expected to increase by 5.2 per cent a year over the next decade, fuelled by continued growth in demand in the US, Mexico’s biggest market.

The report said avocados are on course to become the most traded tropical fruit by 2030, with annual global exports reaching 3.9m tonnes, surpassing both mangoes and pineapples in terms of volumes traded.

The report said strong global demand and the fruit’s high profitability were the key drivers of growth, fuelling substantial investments in new acreage, both in established and emerging regions.

While the pandemic and a poor harvest resulted in an 8.1 per cent fall in Mexican avocado exports last year to 1.3m tonnes, global exports contracted by just 0.8 per cent, thanks to double-digit export growth in Peru, Colombia and Kenya.

Together, these three countries accounted for around a quarter of global avocado shipments in 2020.

Imports into the US – the world’s biggest importer of avocados – fell by around 14.3 per cent last year due to the closure of restaurants and hotels during pandemic lockdowns and lower supply from Mexico.

Imports into the European Union also contracted by around 2.5 per cent last year, mainly due to Covid restrictions.