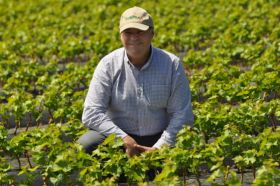 Jorge Valenzuela has been re-elected as president of Chilean fruit producer federation Fedefruta at its annual general meeting this week.

Valenzuela said some of the most pressing concerns facing the industry as he entered his second term in office were the availability of water, maintaining production during Covid, rural development, connecting producers with markets, and ensuring producers’ voices are heard in the writing of the new constitution.

"We are working to give our position to the constituents with respect to issues such as water, food security, the environment and rurality," he said.

Valenzuela said Fedefruta had helped the sector to overcome a number of major challenges over the past year, such as the fake news crisis that had affected cherry exports; the losses caused to table grape and stonefruit harvests during January’s heavy rains and ongoing worker shortages during the pandemic.

“Concern about the water crisis, and the lack of clarity to advance in this matter, has been somewhat overshadowed by everything else that has happened this season,” he noted. “However, this is the most as we approach the new season that gets underway in just a few months.”