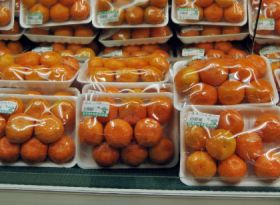 A new report by the United States Department of Agriculture (USDA) has forecast that overall volumes of orange production will fall in South Korea during 2008/09 due to colder weather during the spring.

Unshu orange (tangerine) production is expected to hit 515,000 tonnes for the campaign, down 162,000 tonnes on the previous year, although the fruit will be sweeter and larger than in 2007/08.

Imports of fresh oranges to the country between January and October 2008 have increased by 52 per cent, the USDA said, up to 106,594 tonnes, with 96 per cent of the total coming from the US and the rest imported from Chile, Australia, South Africa, Spain and Ukraine.