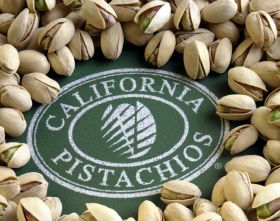 The US has been hit by a new salmonella scare after the US Food and Drug Administration (FDA) and the California Department of Public Health announced they were investigating a Salmonella contamination in pistachio products sold by Setton Pistachio of Terra Bella.

Following the discovery, the FDA has recommended that consumers avoid eating pistachio products until the scope of the problem becomes fully clear.

Setton Pistachio have stopped distributing pistachios and has announced a voluntary recall involving 1m lbs (453,500 tonnes) of its products, covering a variety of foods, the FDA said.

The contamination, which involves several different strains of the virus, was first discovered on 24 March, and could be the cause of several illnesses reported by consumers.

"It is not known whether any of the Salmonella strains found in pistachio products are linked to an outbreak," the FDA said in a statement. "FDA is conducting genetic testing of the samples to pursue all links."

The latest scare follows the discovery of Salmonella in certain peanut butter product searlier in the year, and 2008's Salmonella Saintpaul outbreak which was linked to a variety of products, including tomatoes and coriander, after being initially traced back to a Mexico-grown jalapeño pepper at a Texas fresh produce distribution centre.