The revaluation of the peso could see losses in excess of US$900,000 for the agriculture sector 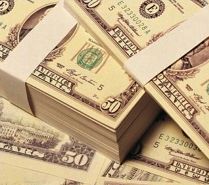 Colombian banana and fruit exporters have reportedly been hit hard by the strong revaluation of the Colombian peso against the weak USdollar.

A five-year 64 per cent hike in the value of the peso has crimped profits for the Colombian agriculture industry, according to the local press.

As a result, growers from the banana, fruit, vegetable, flower and coffee sectors, are anticipating losses to surpass US$910,829.

The Colombian government has promised incentives to aid those exporters hardest hit by the low-valued dollar.

"We can’t deny our concern for production sectors, which are big employment generators, seriously affected by the currency revaluation,” said President Álvaro Uribe.

Last week, Colombia’s peso rose beyond the 1,700 per dollar mark for the first time in nine years.