Fruit export volumes dropped considerably for the first quarter of 2008, although vegetable exports rose by 12 per cent 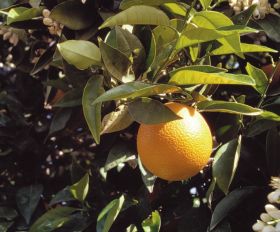 Total export volumes of Spanish fruit and vegetables have fallen 5.2 per cent during the first quarter of 2008 (January-March) to 2.98m tonnes, although overall value remained stable at €2.49bn.

According to a report by Fructidor, fruit exports from the country fell in particular compared with the year-earlier period, down 19.2 per cent to approximately 1.2m tonnes. This was partly attributed to a drop in citrus volumes, which fell 25 per cent in volume.

Despite the overall reduction, exports of certain fruits increased during the course of the three months. Pears and strawberrie shipments jumped 52 per cent and 23 per cent respectively, with apple exports increasing slightly, up 4 per cent.

Total vegetable exports meanwhile improved by 12 per cent to 1.58m tonnes, but dropped 1 per cent in value to €1.3bn. Tomatoes maintained their position as the country's leading vegetable export with 465,000 tonnes exported, a year-on-year increase of 11 per cent.

Additionally, the report said that average prices of exported fruit grew by 25 per cent, whereas average vegetable prices fell by 12 per cent.