Peruvian avocados on a high 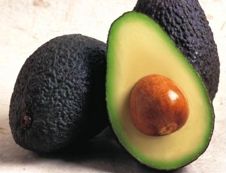 Peru’s avocado industry has recorded an impressive start to the 2008 export season with shipments up by 120 per cent during the first four months of the year, according to Adex (the Peruvian Exporters’ Association).

The shipments, which reached US$7.61m in value terms, were destined mainly for the Netherlands and Spain which received approximately 59 per cent and 30 per cent of the volumes respectively.

Peru’s avocado exports have recorded a continual rise during the last five years, Adex said. In 2003, shipments increased by 223 per cent and just last year volumes rose by 21 per cent.

To absorb Peru’s ongoing growth in avocado production, ProHass (the Peruvian Hass Avocado Growers’ Association), claims the industry is seeking to open up new export markets in the US, Japan, Mexico and Chile.

“Growers are investing heavily in production methods and new technologies – they are inviting experts from Chile, Israel and Spain to help them meet their goals,” Arturo Medina of ProHass told Fruitnet.com.