With the fallout from the US Salmonella scare still fresh, tomato exporters in Sinaloa state, Mexico, are planning a new certification scheme for the country’s fresh produce sector 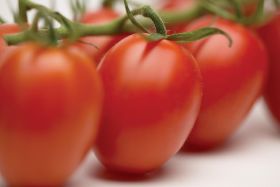 Tomato producers in one of Mexico’s most important agricultural regions, Sinaloa, are reportedly seeking to establish a certification system to guarantee the safety and quality of Mexican exports, following the recent Salmonella outbreak in the US.

The news comes in the wake of an announcement from the US Food and Drugs Administration (FDA) that it has completed the traceback on some of the tomatoes involved in the Salmonella Saintpaul outbreak to farms in Florida and Mexico.

In response to the news, Mexico’s National Agricultural Council told CNNExpansión that tomato growers in the northern state of Sinaloa were seeking to establish a country-wide system of certification to prove the safety of Mexican fresh produce exports.

Mexico exports over 50 per cent of its tomato crop – around half of which is produced in Sinaloa – principally to the US. Sinaloa, along with two other important Mexican agricultural regions, Jalisco and Coahuila, were omitted from a recent US list that cleared 28 Mexican states of any blame in the Salmonella outbreak.