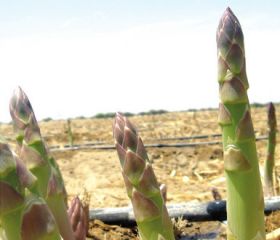 The US-based Peruvian Asparagus Importers’ Association (PAIA) has revealed that imports of the vegetable into the US are forecast to increase from 8 per cent to 10 per cent during the 2008/09 season.

The US imported more than 124m tonnes of fresh asparagus during 2007, with Peruvian supplies representing over 56 per cent of the total.

Asparagus ranks among the top 20 best-selling fresh vegetables in the US, according to Fresh Trends 2008, as consumers look increasingly to eat health and convenient foods.

Throughout the season, the PAIA plans to focus even greater efforts on spreading the positive message about the benefits of asparagus to trade press, retailers and consumers through a series of articles, advertisements, direct communication and trade show participation.

Peru is the world’s largest exporter of fresh asparagus, according to the Peruvian Exporters’ Association (Adex).

Between January and April this year, Adex claims exports of the vegetable have risen by 26 per cent in value to over US$134m in comparison with the same period of 2007.

Fresh or refrigerated asparagus accounted for 41.7 per cent of total sales during the January-April 2008 period.

The US remains the leading importer of fresh asparagus, Adex said, receiving around 45 per cent of volumes, followed by the Netherlands, the UK, Spain, Switzerland, Germany, France, Australia, Japan and Chile.