Fresh Express has had its US$12m claim for E.coli losses overturned by a state appeals court 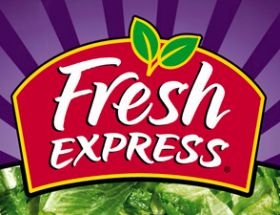 US fresh-cut giant Fresh Express has had a US$12m claim for losses incurred during the 2006 US bagged spinach E.coli outbreak overturned by a state appeals court, reports the Monterey Herald.

In a decision released on September 8, the California 6th District Court of Appeal overturned the US$12m award granted to Fresh Express in 2009 under its recall-and-brand-protection insurance policy.

The court said Fresh Express' losses were not covered by the policy because they did not result from an "insured event".

Fresh Express, which is a Chiquita Brands subsidiary, said it would seek a review of the decision.

"This result is very unfortunate for our industry, as many companies pay large amounts for policies with the good faith belief that there will be coverage under those policies in the event of a recall," said Ed Loyd, Chiquita's communications director.

Fresh Express said it suffered US$18.8m in losses between September and December 2006 because of the E.coli outbreak, which killed three people and sickened over 200.