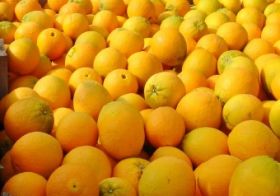 Deon Joubert, general manager for fruit logistics at Capespan, has left the company to head up the increasingly critical South African campaign to try and save its citrus exports to the European Union.

Capespan confirmed this morning (22 January) that Joubert had joined the Citrus Growers Association (CGA), ending recent speculation that the South African Citrus Industry was beefing up its negotiation team to avoid a continuation of the ban on South African citrus which was introduced by the European Union last year amid fears that Citrus Black Spot (CBS) may pose a threat to EU citrus producers.

The South African citrus fraternity is now awaiting the results of an ongoing study by the European Food Safety Authority (EFSA) on the risk that CBS poses for European citrus producers. This report is expected within the next two weeks and will mark a decisive moment in the long and protracted dispute between the EU and South African citrus industry over the issue.

If the EFSA report confirms the present EU view – which resulted in the ban towards of the end of the 2013 South African season – it is likely that this ban will be continued in 2014. Such a ban would be a serious problem for South African growers and exporters because of the importance of the European markets for the country’s citrus exports.

The latest development is seen as an admission by the South Africans that far more than scientific arguments will be needed to pull the proverbial rabbit out of the hat. It also vindicates the arguments of those who have been saying that diplomacy is what is needed to find solutions.

In future, the scientific arguments which the South Africans have been submitting and which they believe are conclusive that CBS does not pose any risk to European producers, will be backed by a diplomatic effort in Brussels. For this task Joubert is well qualified, already having served as South African Agricultural Attache in Brussels before he started working in the fruit industry towards the end of the 1990s.

His appointment has generally been welcomed by citrus exporters, who say that the most likely outcome of the present stand-off will be a compromise. In order to achieve this, the industry needs Joubert’s experience and knowledge of the European Union

Pieter Nortje, CGA chairman, and also chairman of one of the largest citrus packers, SRCC, says the South African citrus industry realises that it will have to do much more to communicate its position and what it is already doing to address not only the CBS issue, but all other important things that the various entities and organisations in the EU should take note of.

“We have not done so well in the past and we are very serious to do so in future," Nortje explains.

He says Joubert will be the industry’s special envoy to the European Union and the US and will address general market access issues on behalf of the industry.

“Joubert has previouly been instrumental in opening up the Spanish and Mediterranean markets for South African citrus and knows the process of the EU very well. We are grateful that Capespan is also supporting us in this regard and we will share his services during the next three months while Mr Joubert ends his term at Capespan.”

Nortje says Joubert will be part of the CGA team that will be travelling to Fruit Logistica.

Capespan said it regretted his departure from the company. “Deon is highly respected by his fellow peers and staff and he will be missed and will definitely leave a gap in the logistics team,” Capespan said in a statement.