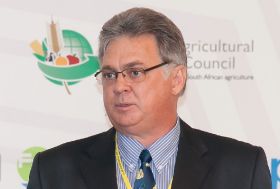 Fresh produce marketer Capespan Group has called into question the timing of a number of recent resignations at its South African division Capespan Fruit Logistics (CFL), after Eurofruit revealed the unit's former general manager Deon Joubert is planning to establish a rival operator with a number of former CFL executives.

In a statement issued by group managing director Johan Dique, the company confirmed the recent departures and insisted they would have no impact on its ability to provide logistical services to the South African fresh produce export trade.

"Capespan confirms that Mr Deon Joubert (previous Capespan South Africa executive) has left its services earlier this year and that a few other staff members of CFL have now resigned, allegedly with the intention to join Deon Joubert in a new logistics venture," Dique commented.

"Despite the dubious timing of these resignations, CFL retains complete operational capacity. Capespan Group has committed all the necessary resources to ensure a smooth transition and to maintain its service levels to all clients, especially during this critical citrus season."

Dique added that the emergence of a potential rival was something his company regarded as a positive development for the industry.

"Capespan welcomes industry competition as a means to continuously evolve in order to ensure the highest service levels aligned to customer needs and improve relationships with suppliers," he said.

"In this regard, Capespan Group initiated a business redesign process of CFL several months ago in order to reposition CFL as a present-day and relevant logistical services organisation with the ultimate goal to provide all customers with the most cost-effective and efficient access to global markets."