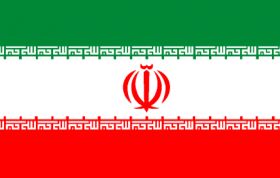 Iranian minister of agriculture Jihad Mahmoud Hojjati has revealed that Iran is currently eyeing up the Russian market for a number of products, according to the Islamic Republic News Agency (IRNA).

The country is reportedly looking at ways to export fruits and other agricultural products to Russia, which has placed an embargo on food imports from the EU, the US, Australia, Japan and Norway, leaving importers and retail buyers scrambling to find alternative sources.

Mahmoud Hojjati made the remarks during a visit to Iranian pavilions at the Russian Agricultural Exhibition, which is being held in Moscow.

Hojjati is currently on a visit to Moscow to attend the third meeting of agriculture ministers of SCO member states, accompanied by a delegation of agricultural experts and Iranian businessmen in the agriculture sector.

According to IRNA, he is scheduled to meet with his Russian counterpart for talks on agricultural co-operation between the two countries, with Iran keen to divert more to the Russian market.

Russia imports US$7bn-US$10bn of fruit and dried fruit a year, with a large proportion usually coming from the EU.