Group completes anticipated second stage of its purchase of shares in Oppy, while reinforcing ties with T&G Global 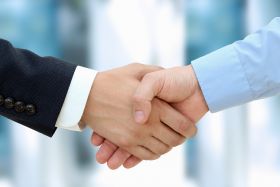 In an announcement to the stock exchange, fresh produce giant Total Produce has announced that it has increased its shareholding in North American importer-distributor Oppy, while revealing that Oppy itself has entered "strategically important agreements" with BayWa-owned T&G Global.

Meanwhile, Oppy has entered what Total Produce has described as "strategically-important agreements" with New Zealand-based T&G Global, which will enable both organisations to enhance their market positions as co-shareholders in two US produce businesses.

T&G Global’s branded apples and pears, in particular Jazz and Envy, are key products for both DOC and Delica NAM and have played an important role in what Total Produce described as the "rapid growth" of Oppy.

“We are very pleased to increase our shareholding in Oppy and for Oppy and Total Produce to strengthen ties with T&G Global," said Carl McCann, chairman of Total Produce. "We look forward to continuing to work with John Anderson in Oppy, Alastair Hulbert in T&G and their teams in the coming years to further build on the success of Oppy and Delica North America.”

“Our increased shareholding recognises the growing importance we place on the US market for our Jazz and Envy PVR apple brands and the vital role Oppy is playing in this success," he added. "Aligning our US export business T&G Global North America with the Oppy Group will enable T&G Global to present grower suppliers to both US and international customers and further strengthen its ability to service and support the needs of these US domestic and international customers.”