Uruguayan citrus finds favour in US 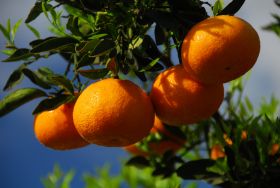 The growth in the US summer citrus market helped lift Uruguay’s mandarin exports last season, according to a report from the Office of Programming and Agricultural Policy (Opypa).

Shipments rose by 11 per cent between January and October 2017, while orange and lemon exports fell by 10 per cent and 18 per cent respectively. The figures reflect the decrease in orange acreage over the past decade in favour new mandarin plantings.

The US continues to gain importance as a destination for Uruguayan citrus, accounting for 32 per cent of shipments last year – the same proportion as the European Union, where Uruguay has been losing ground over recent years.

Brazil was the third biggest market, taking 10 per cent of citrus shipments. It was followed by Russia on 9 per cent, then Canada and Saudi Arabia on 5 per cent each. Shipments to the Chinese market, which opened at the end of 2016, accounted for 1 per cent of the export total.

Overall, Uruguay’s fruit exports reached US$92m between January and October 2017, a 3 per cent increase on the year-earlier period.

While blueberry exports fell 19 per cent on the previous year to 900 tonnes, reflecting the downward trend since 2011, in value terms the results were similar to 2016.

The report also shows that apple and pear exports rose sharply last year, reaching their highest level since 2011 at more than 8,000 tonnes with a corresponding value of US$6m. This was triple the volume shipped in 2016 when adverse weather caused a significant fall in production.