Container shipping profits will be wiped out by rising fuel and charter prices, Drewry predicts 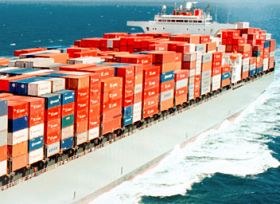 In new research published this week, Drewry claimed “carriers’ lack of control has come back to bite them this year”.

A surge in oil prices destroyed their profitability in the first quarter, it said.

In its statement, Drewry said: “We don’t anticipate a return to positive territory in the second quarter, due to the fact that fuel rose even more sharply from April onwards and because carrier efforts to recover some of the extra cost in the form of controversial emergency fuel surcharges only started in June, and even then won’t fully compensate them.”

The shipping analyst also noted that it is not only spiralling bunker fuel costs that is hitting carriers’ bottom lines – charter rates for leased ships are also rocketing.

Drewry said charter rates on panamax 4,500-5,500 teu ships soared by 45 per cent in the first quarter, compared with the same period last year, and other sizes have also witnessed spikes in daily hire rates.

According to The Loadstar, Drewry said profitability for carriers should improve in the third quarter peak season, but added that with the final three months being a seasonally slack period, “industry profitability for 2018 might struggle to reach breakeven”.

“The end-year result will largely depend on the direction of oil prices and how successful lines have been in enforcing the new surcharges,” Drewry said.