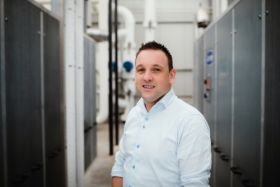 Efforts to improve the environmental credentials of horticultural production in the Netherlands appear to have had an undesired side-effect: with many growers switching to more sustainable fuel sources like geothermal energy, the amount of CO2 they produce has also diminished.

This in turn has exacerbated the present worldwide shortage of CO2, and is reportedly causing concern among Dutch producers of greenhouse vegetables who need the gas to encourage plant growth.

In an open letter addressed to Carola Schouten, the Dutch Minister of Agriculture, Nature and Food Quality, as well as other relevant national, provincial and local authorities, politicians, growers belonging to leading tomato supplier Prominent underlined the urgent need to source CO2 from elsewhere in order to keep the country’s horticultural industry up and running.

According to Prominent, a recent report showed that the greenhouse horticulture sector in the Netherlands expects to save 2.2m tons of greenhouse gas by 2030 and is on course to be climate neutral by 2040.

Conversely, growers still need a lot of CO2 to grow their crops properly, especially during hot summer days, but the kind of gas-fired combined heat and power system traditionally used to generate it are gradually being phased out.

Prominent’s letter identified one potential solution in the possible re-use of gas from industry, where CO2 is a residual product.