Trade between the UAE and China is set to grow after the countries signed deals worth US$3.4bn as part of the Belt and Road Initiative 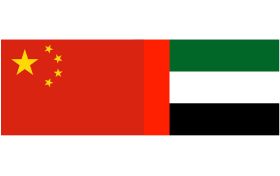 The UAE and China have signed deals worth US$3.4bn as part of the latter’s Belt and Road Initiative, with the UAE seen as a major gateway for Chinese exports to the Middle East, according to CNBC.

The initiative is a massive infrastructure project, involving the construction of roads, railways and shipping lines between China and over 60 countries in Asia, Europe, the Middle East and North Africa.

China already stands as the UAE’s second largest trading partner, but this latest agreement is reportedly set to boost bilateral trade from US$53bn to US$70bn next year.

Vice President and Prime Minister of the UAE, Sheikh Mohammed bin Rashid Al Maktoum, tweeted that the UAE would be “a vital station along the new Silk Road” and announced the launch of a US1bn ‘Vegetable Basket’ project in Dubai supported by the China-Arab Investment fund, “to import, process, pack and export agricultural, marine and animal products to the world through the new Silk Road”.

He also revealed the launch of a 60m square foot 'Traders Market', an international station for the Belt and Road Initiative in Dubai opposite the city’s Expo 2020 site. “Our Chinese partner will invest US$2.4bn in using the station to store and ship Chinese products from Jebel Ali to the world,” he tweeted.

“The Arab-Chinese collaboration will positively contribute to the Belt and Road Initiative,” he added, “given the Arab world’s strategic location that connects East and West.”

Another new initiative by the UAE government, the result of a collaboration between the Dubai Future Foundation and the World Economic Forum, will see the launch of the Centre for the Fourth Industrial Revolution in the UAE, with the aim of developing mechanisms and uses for technologies such as artificial intelligence, the internet of things, big data and autonomous vehicles.