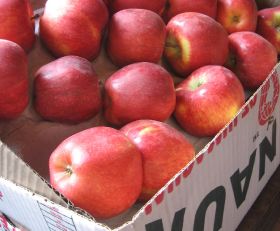 Indian apple growers have been able to make the most of a bumper crop this season with the trade dispute between India and the US creating a gap in the market, according to local news sources.

In June India made the latest move in an ongoing trade dispute with the US by raising tariffs on 28 items. This included raising the import tariff on US apples by 20 per cent, from 50 per cent to 70 per cent.

According to a report from The Print, growers in one of India’s major apple producing states, Himachal Pradesh, said the benefits of the raise have been immediate as US imports account for nearly 35 per cent of total apple imports.

“I just had a word with a Delhi-based importer of American apples. He has already taken a decision to cut down on imports from America by 20 per cent, to begin with,” Prakash Thakur, the former director of the Agricultural and Processed Food Products Export Development Authority (APEDA), told The Print.

“Duty on apples from other countries such as Chile, Turkey and Poland among others will remain at 50 per cent. Yet, fewer apples brought from the US will give space to our fruit.”

Additionally, Thakur said he wants additional tariff placed on US apples to become permanenting and for it to be placed on other produce from other countries as well.

Regardless of whether the tariff will remain in place, growers in Himachal Pradesh have been buoyed by this season’s yield.

The Print report said Himachal Pradesh expects to market nearly 40m apple boxes this year according to forecasts made by the state’s horticulture department. This is more than double the production of the previous year.