IKO conference ends in Turin with optimism among members, thanks to a promising market outlook 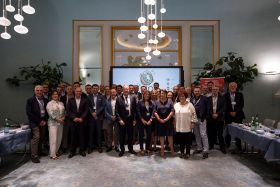 “This is the 38th IKO conference and for many years our meeting represents an important moment during the year, for the main exporter and grower nations of kiwifruit to gather and exchange information and experiences in regards to the current international market,” Neri said.