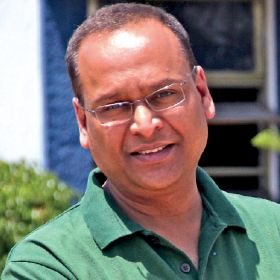 India is becoming an increasingly attractive market for European fruit and vegetable producers as income levels rise, while Indian exporters are also eyeing new opportunities in the European market.

Oliver Huesmann, business development manager for Asia Pacific at Fruitconsulting, predicted European exporters would focus increasingly on India as a result of substantial European production levels and a saturated marketplace.

“Europe is becoming smaller and vulnerable to political decisions at a global level which can provoke changes in supply to other countries,” he said.

“If we combine this with the threat from Trump to impose new tariffs on imported European products, we can see that new markets like India, China, Singapore and Indonesia will become important for Spanish and European producers.”

At the same time, Indian exporters are looking to make gains in key European markets including Spain and central and eastern Europe.

Nitin Agrawal, managing director of leading Indian table grape exporter Euro Fruits, which has been exporting table grapes from India to Europe for the past 27 years, said he was examining further export expansion, with a focus on central and eastern Europe.

“Eastern Europe is still a very unexplored market for us, so we are interested in exploring countries such as the Czech Republic, Poland, Bulgaria, Lithuania, Latvia,” he said. “These are areas where we are not very active, so eastern Europe is potentially very interesting for us.”

Agrawal revealed Euro Fruits was working on integrating new varieties, although he stressed these were unlikely to be commercially available for another year or two.

More than 200 importers, retailers and buyers from India are expected to visit this year’s Fruit Attraction, reflecting the stated aspirations of the Indian and Spanish governments to increase bilateral trade between the countries.

India, along with Singapore, was named Guest Importing Country for the 2019 edition, which takes place in Madrid, Spain from 22-24 October.

India has become an increasingly important destination for EU fruits and vegetables over recent years, according to Fruit Attraction director, Raúl Calleja.

“These are very interesting markets for European products,” he said. “In the case of India, importing food is a growing trend, driven by the new Indian middle and upper class, who are looking for healthier food options.”

Speaking to the media at an India Chamber of Commerce event in 2018, Spain’s Ambassador to India, José Ramon Barañano, described the India-Spain trade relationship as “good but superficial,” with around US$6bn bilateral annual trade between the two countries.

However, Ambassador Barañano said bilateral trade had the potential to grow by 20 per cent annually over the coming years.