As well as new offices in Mexico, Peru and the Netherlands, Apeel announced a number of executive changes 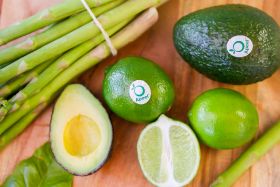