Spike in demand for pre-packaged items 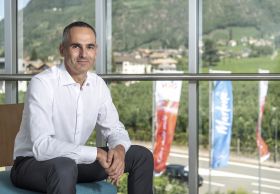 The consortium of fruit and vegetable cooperatives of South Tyrol (VOG) has reported a spike in demand for pre-packaged products across markets in Europe.

VOG reported March was a particularly difficult time for the Italian apple sector, with see-sawing demand in domestic and export markets.

According to its analysis, Italian retail chains doubled their orders for Italian-grown apples immediately after the country went into lockdown on 8 March. Consumer demand grew strongly following this, resulting in a spike in purchases.

“This switchback effect only stabilised towards the end of March, when consumers finally understood that there was no risk of apple stocks running out,” explained Hölzl.

VOG reported similar consumer trends across other European markets that it supplies, despite informing customers of what it had experienced in Italy.

“Despite our warning, the reaction was the same; a dash to stock up when the lockdown was announced, a drop the next week as people used their stocks, and stabilisation the third week,” noted Hölzl.

The buying habits that Pardatscher is referring to include a spike in online sales and home delivery of fruit and vegetables, previously almost unheard-of in Europe, as well as a preference for pre-packaged items.

“For businesses, the ability to listen to the markets and react swiftly is proving fundamental,” Pardatscher said.

“However, we must not lose sight of our medium and long-term goals. For VOG, pre-packaged product accounts for an average of 25 per cent [of product].

“Our innovation team is working on the possibility of increasing this percentage share. We are assessing the scenarios to make sure we are ready, but we will have to wait for the next few months to see which trends stabilise and become permanent and which prove to be only transient. This is another case where balance is important.”

As of early April, the VOG consortium reported its stocks were down 25 per cent compared to the same time last year.

“Market demand is continuing to be strong at present, and we will have to plan our sales carefully in the coming months to serve our customers' needs until summer,” added Pardatscher.