The Ecological Threat Register warns of climate threat in Africa, the Middle East and South Asia, with worrying consequences for global food security 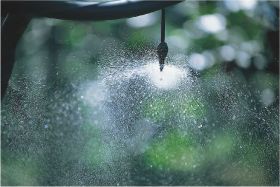 A lack of resilience in many at-risk countries is expected to lead to "worsening food insecurity and competition over resources, increasing civil unrest and mass displacement, exposing developed countries to increased influxes of refugees", the report warned.

“There are a number of countries in the Middle East that are going to be vulnerable to severe water shortages in the future,” said Steve Killelea, founder and executive chairman of the IEP. "Countries like Iraq, Syria and Yemen will have low resilience to ecological stresses. We saw the impact wars had in those countries in terms of the numbers who were forced to migrate. Now they are also going to be facing increased stress on their water and food supplies.”