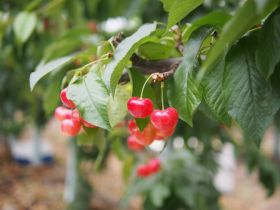 Beta Agroindustrial Complex is preparing to carry out the first cherry exports from Peru. The company is due to harvest its first crop from a 7ha test site in Ica later this year, which will be sent to China in October.

Finance manager Raúl Briceño Valdivia said the company would evaluate the results of the trial shipments before deciding whether to expand production.

Cherry trees require a certain number of chilling hours and this has been the main barrier to developing production in Peru until now.

Briceño said cherries are one of a number of high value crops that Beta is evaluating in light of the increased costs it faces due to the new Agrarian Promotion Law, which has raised the wages of workers by more than 20 per cent.

“We are going to have to bring forward some crop substitution decisions that we had planned for later dates,” he told Gestión Perú.

The company plans replace less profitable crops like asparagus with higher value alternatives such as cherries, avocados, blueberries and mandarins.

This year alone it plans to spend approximately US$25m on reconversion, as well as on the construction of a new blueberry processing plant in Ica, and machinery upgrades.

Briceño ruled out plans to invest in expanding its production base into other countries, as other companies in the sector have done.

“This year we are going to seek to consolidate more investments. We expect to reach an EBITDA of US$60m, with which we would already be much calmer in the face of next year's investments,” he noted.