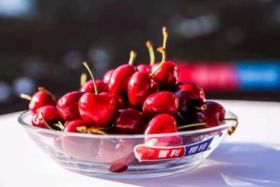 Chile could double – or even triple – its current cherry export volume by 2030 according to Claudio Vial, general manager of Ranco Cherries.

Speaking at a webinar organised by the Global Cherry Summit this week, Vial noted that the country is on course to export between 145m and 200m cartons of cherries within a decade, depending on the future rate of new plantings and productivity.

However, there was consensus among the panellists that focusing on quality, rather than quantity, was the best way of ensuring the future success of the industry.

They also noted that greater collaboration within the sector would be crucial to driving future growth.

The webinar, entitled “Cherries 2021: Challenges and Opportunities after a Complex Season” was co-organised by Yentzen Group and the Asoex Cherry Committee.

The event also analysed the results of the 2020/21 campaign, which was severely impacted by unconfirmed rumours that Covid-19 had been detected in packs of Chilean cherries imported into Shanghai.

The news was widely shared on social media and led to a slump in demand just before Chinese New Year, the key sales period for Chilean cherries.

China is the main market for Chilean cherries, taking 321,505 tonnes of the total export volume of 352,783 tonnes last season.

Asoex marketing director Ignacio Caballero outlined the rapid response from the cherry committee, which put in place an extensive marketing campaign across a variety of platforms and included the collaboration of influential Chinese celebrities, to help restore consumer confidence.

He noted that without this action, the outcome for the season would have been much worse.