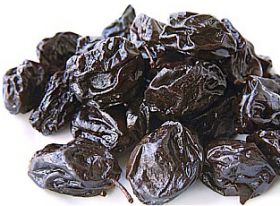 New research published in the Journal of Medicinal Food suggests eating prunes each day may benefit the heart, including raising antioxidant capacity and reducing inflammation among healthy, postmenopausal women.

Cardiovascular disease (CVD) is the number one cause of death worldwide, posing a significant public health challenge. The research, led by San Diego State University, reveals that prunes may be useful for cardiovascular (CV) wellbeing.

“When you look at our prior research and the research of others combined with this new data, you’ll see consistent evidence that eating prunes can promote health,” said lead researcher Shirin Hooshmand, PhD, RD, Professor at the School of Exercise and Nutritional Sciences at San Diego State University.

In this randomised, controlled study, researchers found that eating a portion of prunes (50g– equivalent to 5-6 prunes) each day for six months resulted in improved cardiovascular biomarkers – including raising the body’s “good” cholesterol, known as HDL, and lowering the ratio of total cholesterol to HDL.

Eating 50g prunes daily also promoted higher antioxidant capacity and lowered levels of the inflammatory cytokines interleukin-6 and tumour necrosis factor-alpha. Notably, body mass index and weight of the study participants were maintained during the trial despite adding prunes to the usual diet.

Researchers recruited 48 healthy, postmenopausal women who were divided into three groups – a control group who ate no prunes, and two treatment groups who consumed either 50g or 100g of prunes daily, throughout the six-month study. All other aspects of the women’s diets and lifestyles remained similar to before the study.

Various biomarkers of CV health were collected at the beginning and conclusion of the study to determine if there were any improvements in those biomarkers among those who consumed prunes.

Interestingly, there were some similar positive results among those who ate 50g of prunes and those consuming 100g – suggesting that adding 5-6 prunes or more into the daily diet may have a positive effect on CV health.

“Reducing chronic inflammation and increasing antioxidant capacity in the body is associated with lower risk of CVD, along with many other diseases,” said Mark Kern, PhD, RD, CSSD Professor of Nutrition at the School of Exercise and Nutritional Sciences at San Diego State University.

“Not only does this study show that prunes may be a good way to reduce inflammation and increase antioxidant capacity, it also suggests that eating prunes every day may improve cholesterol levels in postmenopausal women.”

While the precise mechanisms and specific compounds that contribute to these beneficial effects have yet to be determined, naturally occurring antioxidant powered phenolic compounds, fibre and other nutrients are thought to play a role. This study suggests that prunes may be a promising and convenient addition to the diet.

The study adds to a growing body of evidence about the overall health and nutrition benefits of prunes, including bone health. Previous clinical research demonstrates a favourable bone response to prunes among postmenopausal women.