Nutritious food should be regarded as a human right, as well as a cost-effective way of preventing ill health, says Wholesome Wave’s Benjamin Perkins 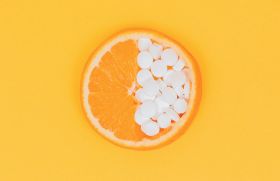 Speaking to the Food Revolution Network, Perkins said that through programmes such as Double Up Food Bucks and Produce Rx (Produce Prescription), Wholesale Wave was trying to do just that.

“I think embedded in that is this concept of human dignity,” said Perkins. “That it is not just feeding people anything, but it’s about getting at healthy foods where people can thrive — particularly folks who are on the margins, which is a large part of the population that we pay especially close attention to.”

Increasing accessibility and inventivising consumption of fruit and vegetables is at the heart of such programmes, according to Perkins, and they work, he revealed.

“When people have the opportunity to do healthier, to engage in healthier behaviours, namely eating healthier fruits and vegetables and foods in general, they do,” he said. “That’s the bottom line.”

Given the generally poorer health outcomes of beneficiaries of the Supplemental Nutrition Assistance Programme in the US, Perkins said the need to incentivise fruit and vegetable consumption among the 42m people currently on SNAP was evident.

“At Wholesome Wave, our programme directors work closely with community partners in health systems to, first of all, assess what kinds of resources they have,” he said. “And then, we provide resources, which might include a nutrition education component. It’s great that people have access to healthy fruits and vegetables, but if they don’t know what to do with them, then, of course, we’re talking about the potential for food waste.”

The strategy, Perkins said, would be to prescribe fruit and vegetables to people with specific and chronic health conditions, such as cardiovascular disease and diabetes.

“So if you have a chronic health condition, or you are trending towards one – so you’re pre-diabetic, or you have a history of hypertension or those sorts of things – and the doctor really identifies that you are at risk, the idea is that they would then give you the produce prescription in the form of a credit card that you could use at a specific outlet or grocery market,” Perkins explained. “It could be a gift card that can be used at a certain venue.

“Or it could be our work with certain fulfilment vendors who will get you the produce. It can even be delivered directly to your home. The idea is they’re enrolled; they’re able to get their healthy fruits and vegetables and monitored over six months to a year.”

An added benefit of such a strategy would be to reduce the burden on the healthcare system, with future health costs expected to decline as a result.

“In the US, our health system is really disease management and not health promotion,” said Perkins. “And so, when you ask yourself, where are the incentives to doing stuff like produce prescription if there’s more money in medication and those sorts of things? It really sort of leads you to some uncomfortable kinds of conclusions about how our system is configured in the US.”

“The FED Principle is our North Star,” said Perkins. “The acknowledgment that human beings have inherent worth and, therefore, are entitled to healthy food. Nutritious food as a human right.”

Ultimately, he concluded, Wholesome Wave’s vision is to get programmes like Produce Rx embedded in federal and state policy in the US.