Priorities for consumers across all the European Union are quality and price, according to new Eurobarometer report 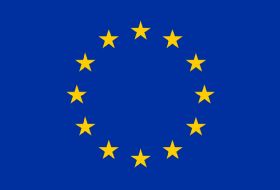 More than 90 per cent of people living in the EU believe quality and price are important factors when buying food, according to a new investigation carried out by the European Commission.

The Eurobarometer survey on food security, food quality and the countryside, which polled more than 26,500 European citizens aged 15 and above across all 27 EU Member States, found that quality and price were deemed more important than origin (71 per cent) and brand (47 per cent) by the vast majority of those questioned.

In fact, almost two-thirds said they felt food quality was "very important", while more than half regarded price in the same way.

"Quality labels are important for two-thirds of respondents, and there is an improvement on previous years in the recognition of the different EU quality logos," the Eurobarometer's authors reported.

The survey showed that 24 per cent of those asked already recognised the EU organic logo, less than two years years after its launch.

On food security, meanwhile, three-quarters of EU citizens surveyed expressed concern at the challenge of feeding the world's population, although less than 60 per cent were concerned about the ability of individual EU member states to meet the food needs of their respective populations.

It would also appear that most EU citizens regard agriculture as making a positive contribution to preserve rural areas.

The key findings of the Eurobarometer survey, which can be downloaded from the European Commission website, were as follows:

Agriculture and the countryside