Compagnie Fruitière ties up with Disney 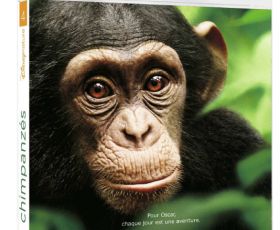 On 26 June, French banana producer Compagnie Fruitière is set to take advantage of the DVD and Blu-ray release of new Disneynature film Chimpanzee to promote its SCB-branded bananas.

The company plans to instal more than 1,000 posters in the fruit and vegetable aisles of French retailers in order to communicate both on the film and on the quality of Compagnie Fruitière's Côte d'Ivoire-grown bananas.

The film follows a motherless baby chimpanzee Oscar around its home in the Taï National Park in the west of Côte d'Ivoire.

A leaflet inside each DVD will highlight the company's bananas, as well as its commitment to social and environmental responsibility in the country.

"Particular care is taken with regard to the health of Compagnie Fruitière's nearly 17,000 employees, the right to collective bargaining, children's education and the development of communities in the production areas," the company stated. "In order to preserve the environment, the plantations respect the principles of integrated farming, saving water and other resources, leaving farms fallow and rotating crops."