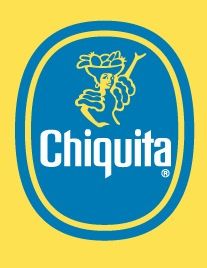 Chiquita Brands International has failed in its attempt to block a lawsuit that showed it making payments to a right-wing paramilitary group in Colombia that was responsible for thousands of deaths. The group, United Self-Defence Forces of Colombia (AUC in Spanish), was hired by Chiquita to defend the company’s interests in Colombia against guerrilla group FARC, but also targeted civilians and killed up to 4,000 people.

In a case brought by relatives of some of the victims, Chiquita requested confidential treatment of Securities and Exchange Commission documents related to payments it allegedly made to the AUC. The company argues that releasing the documents would compromise the impartiality of potential juries in the case. But a federal judge last week upheld an earlier decision to deny Chiquita’s request.

Chiquita has already admitted paying the AUC US$1.7m over a seven-year period, but insists it was blackmailed into making the payments to protect the safety of its own operations and employees. The company insisted that it did not knowingly finance the group’s outside activities and cannot be held liable for individual deaths.

Chiquita said it would appeal the federal court’s ruling.