With blockades in place on produce from Moldova and Ukraine, Russia could also stop imports from Poland and the Netherlands 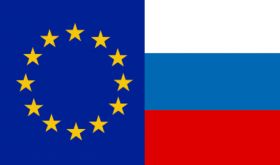 Amid growing political tensions over Russia’s apparent involvement in supplying the military hardware that brought down Malaysia Airlines flight MH17, the country is showing initial signs that it may be considering a ban on some or all of the fruit exported from the European Union in retaliation to sanctions imposed by the EU this week on certain segments of the Russian economy.

The country’s federal veterinary and phytosanitary control agency, Rosselkhoznadzor, announced today (Wednesday 30 July) that it will introduce a ban on several Polish fresh fruits and vegetables following what it said were “systematic violations of international and Russian phytosanitary requirements”.

The agency stated: “Rosselkhoznadzor considers it necessary to introduce from 1 August 2014 as a temporary emergency phytosanitary measure restrictions on imports to Russia from Poland, and Polish imports through third countries.”

The fresh produce items affected by the ban are:

The move is a worrying development for exporters not only in Poland but also in the Netherlands, which along with Poland is one of the largest suppliers of fresh produce to the Russian market.

Earlier this week, Russian officials said they were considering possible restrictions on all or some EU fruit imports, starting with those from eastern Europe.

“Our experts will make a decision (on fruit imports) in a week or two,” commented Alexei Alekseenko, spokesman for the Russian Veterinary and Phytosanitary Surveillance Service (VPSS), in an interview with Reuters.

He later told the Itar-Tass news agency: “We are considering limiting supplies from some countries such as Poland, Moldova and the Netherlands.”

According to Jan Kees Boon of Fruit & Vegetable Facts, Russia’s fresh produce imports were worth €6bn in 2012, including €4.4bn for fruit – mainly bananas, apples, pears, citrus and grapes – and €1.6bn for vegetables. The Netherlands accounted for around 5 per cent of that total figure.

Russia’s largest vegetable supplier is Turkey, although its exports to the country are mainly tomatoes.

During the past ten days, Russia has already imposed a ban on fruit imports from Moldova as well as the suspension of imports of canned fruit and vegetables, as well as fish, from neighbouring Ukraine. The latter is already subject to a temporary ban on potato exports to Russia.

In the case of Moldova, phytosanitary concerns were cited as the reason for the blockade, while Ukraine was accused of violations of legal requirements relating to the protection of consumer rights.

However, those two countries’ growing ties with the EU appear to be behind Russia's latest trade bans.