25.5m new shares of Greenyard Foods will be issued to shareholders of Univeg and Peatinvest 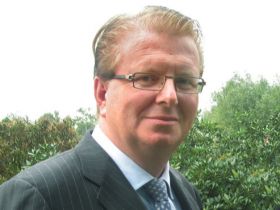 Univeg has reached a final agreement over its proposed merger with processor Greenyard Foods and horticultural substrate specialist Peatinvest in a deal that will create the world’s biggest produce company with annual sales of €3.7bn.

Commenting on the merger in April, Deprez commented: “Creating a combined group offering fresh, frozen and canned fruit and vegetables would be beneficial to growers, retailers, consumer, employees and shareholders. We believe societal trends call for a more holistic view on fruit and vegetable consumption.”

The transaction remains subject to regulatory approvals, EU Commission competition clearance and approval by an extraordinary Greenyard Foods shareholders meeting. The special reports of the Board of Directors will be made available together with the invitation for this shareholder meeting.

In order to increase the limited free float after the combination, a private placement of part of the shares held by Gimv-XL and Deprez Holding is being contemplated. Deprez Holding, controlled by Hein and Veerle Deprez, remains the strategic reference shareholder for the long term. Other key shareholders will also keep and/or strengthen their holding in the combined company so as to create a stable platform for continued expansion. Cooperation principles have been agreed which aim to improve market access for growers. The corporate governance structure will be streamlined and existing shareholders' agreements will be terminated.